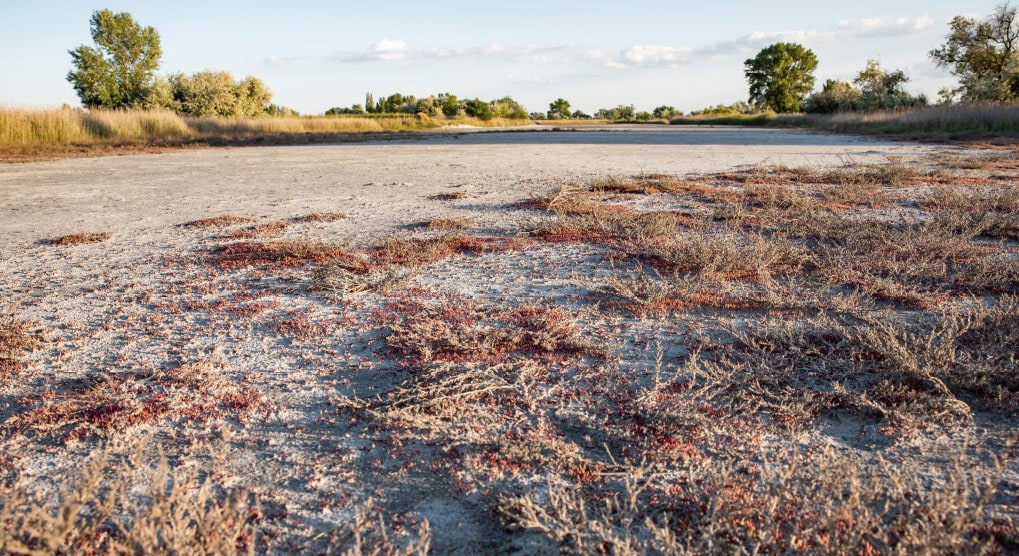 The unique salt lakes in Seewinkel characterise the landscape in the Neusiedler See – Seewinkel National Park. The special climatic conditions in the north of Burgenland bring out this natural spectacle. Small water varnishes that are up to 0.7m deep in the winter months and can dry out completely in the hot periods, leaving behind white salt soils.

How they are formed
The low rainfall, the countless hours of sunshine and the associated high temperatures cause capillary action and the rise of groundwater. This brings various salts such as soda, Glauber’s salt, common salt and Epsom salt to the surface. When dried out, these very salts form a layer that is often referred to as Pannonia lard. The resulting “salt soil” prevents the water from precipitation from seeping away during the cold months, and this is how some 40 saline lakes east of Lake Neusiedl are still formed today.

What varnishes there are
Salt varnishes appear in various sizes in the Seewinkel. When they were formed after the Ice Age, researchers estimate that there must have been around 150 of these varnishes. Today there are still about 40 in Burgenland.

How you influence the wine in Seewinkel
The high salt content in the soil, but of course also in the air, and the fact that some vineyards border directly on the salt flats, give the wines in Seewinkel a very special touch. The minerality and saltiness support the wines and give them a special taste. For us at Weingut Salzl, the name naturally says it all. The family name comes from a Salzl trading family that came to our area in the 18th century. Deeply rooted in viticulture in our region for 3 generations, we are proud to watch our vines grow in the heart of the National Park and of course appreciate the great role that the Salzl varnishes play in our wines.

Especially our cuvée “Pannoterra” – translated “Pannonian Earth” is meant to reflect this unique attitude towards life but also the uniqueness of nature.

Conclusion:
The salt varnishes in the Seewinkel result from the special climatic conditions in the Seewinkel. In winter they appear as small water varnishes next to Lake Neusiedl, in summer often as large areas of salt soil.
If you want to get an idea on site, come and visit us by the day at the winery or stay overnight at our guesthouse. You might also be interested in our article about holidays at Lake Neusiedl.

We look forward to seeing you!

Salzl – enjoyment that goes on.

Register with our website and enjoy the following additional services:

of new products, offers and special offers as well as details of our events.

invite your friends and receive 1 GIFT! Your friends will also receive a gift when shopping in our web shop.

Receive UP TO 8% DISCOUNT on your purchase. With every purchase in our web shop you collect valuable corks* and thus benefit from our bonus program!

Receive up to 8 % discount and enjoy multiple benefits in our web shop.

Your bonus level is automatically registered in your client account.

Your bonu program has a 12-month period starting from the first purchase in our web shop. After that you start again with 0 corks. It cannot be redeemed for cash.

of new products, offers and special offers as well as details of our events.
You will receive a 5 € voucher upon registration.

This website uses cookies to improve your experience while you navigate through the website. Out of these, the cookies that are categorized as necessary are stored on your browser as they are essential for the working of basic functionalities of the website. We also use third-party cookies that help us analyze and understand how you use this website. These cookies will be stored in your browser only with your consent. You also have the option to opt-out of these cookies. But opting out of some of these cookies may affect your browsing experience.
SAVE & ACCEPT